The Fortress of Saint Paolino (best known as the "Fortress of Ripafratta") is part of the historic-architectural heritage of the municipality of San Giuliano Terme (province of Pisa). Built during the Early Middle Ages, it is located in the small community of Ripafratta. It has for many years now been left abandoned and decaying, but its charm remains intact. 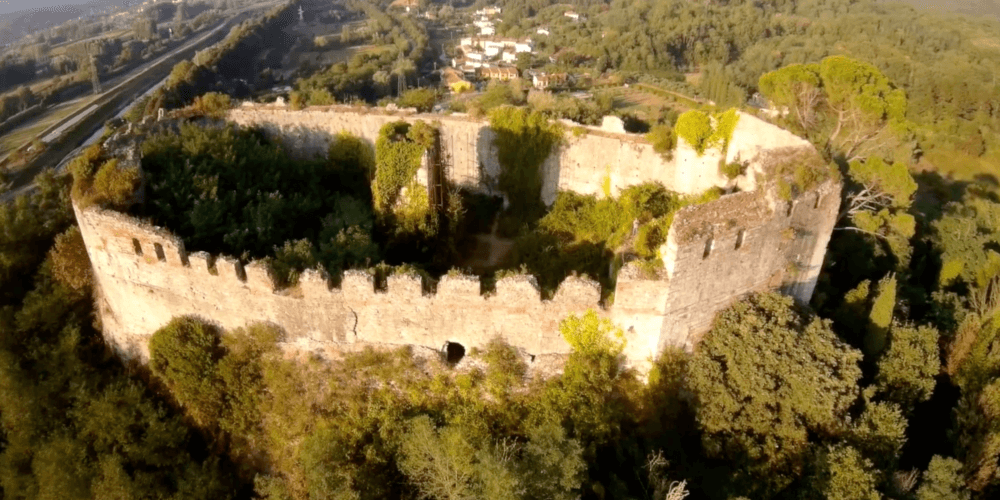 The early history and the building steps

The Vergario hill has been a base for human activities since the Iron Age. During an intense campaign of excavations in the 1980’s, archaeologists found artefacts attributable to the pre-historical, Etruscan-Ligurian and Roman ages.

The whole area between Lucca and Pisa, in particular, the territory known as “Lungomonte Sangiuliese” (literally “the road which runs along the hills of San Giuliano”), became during the Dark Ages a prosperous territory, well-stocked in civil, military and religious buildings. The zone boasted Romanesque churches, guard towers, villages, various water mills, monasteries and hermitages that were located on the overlooking hills. It was a well-organised feudal system in which the two city-states of Lucca and Pisa contended for supremacy with wars or deals, suffering and indulging the influence of the corresponding bishops and emperor supremacies.

The stronghold of Ripafratta was built within this historical time frame. The original tower on the Vergario hill (which is still at the heart of the castle) is mentioned for the first time in an official document in 970 A.D., but the presence of a building of that type (probably a wooden one) dates back to an earlier period, during the Langobards domain.

The name "Ripafratta" is likely derived from the Latin "Ripa Fracta" which literally means "the broken river bank". As a matter of fact, the village arose along the Serchio River.

The "Consorteria of the Da Ripafratta" (lit. the Cotery of the Da Ripafratta), a family of local lords, built the actual fortress and dedicated it to San Paolino (Saint Paolino), protector of Lucca. In fact, these local nobles were subordinate to Lucca's bishops. With the building of a real castle-like structure, the family intended to strengthen and extend its control over the territory of Ripafracta, located in a very strategic place for both land and river trade routes.

It was precisely the imposition of taxes on trade routes by the Da Ripafratta lords that caused the first conflicts with the city of Lucca, who declared war on its unreliable vassals of Ripafratta in 1104 and conquered the fortress. The lords of Ripafratta, who did not have any possibility of a military reaction, called in help for the nearby Republic of Pisa, a rising power in central Italy and on the Mediterranean sea, who had just come back from fighting in its Sardinia territory; Pisa's army fought Lucca back and took the fortress of Ripafratta. Lucca tried once more one year later, in 1105, but was defeated yet. The peace was obtained thanks to the imperial authority; it fixed the legitimacy of the taxes imposed by the lords of Ripafratta and placed it under the influence of Pisa.

At least, for the moment. 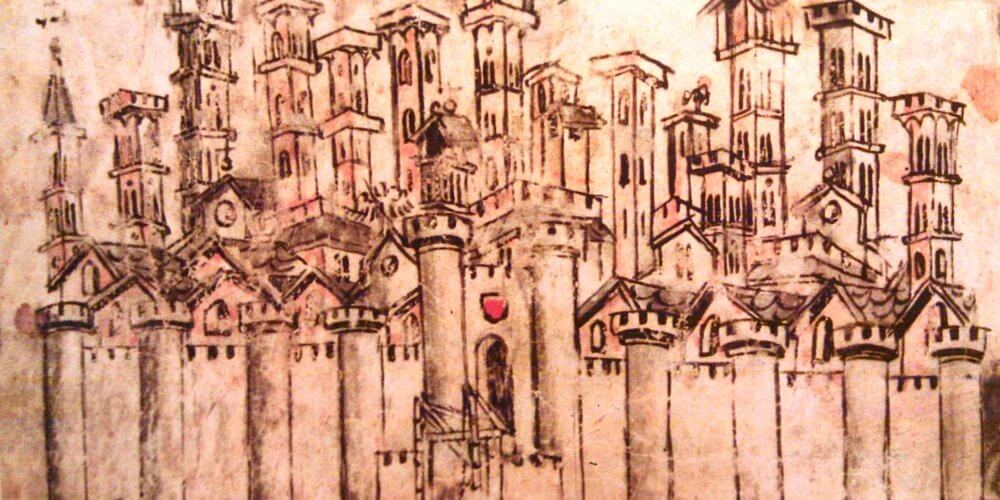 Under the Republic of Pisa

In 1109 Ripafratta's ties with Pisa made a further step forward: the Da Ripafratta family donated part of the castle to the Bishop of Pisa. With this act, the nobles formally recognised the authority of Pisa over their territory. At the same time, they solemnly promised they would never appoint the castellan of the fortress without the approval of the bishop of Pisa nor they would make any deal with the Republic of Lucca.

The frequent conflicts between the two nearby cities brought the Republic of Pisa to reinforce the fortress and the village even more and to build a solid defence system spread all over the surrounding hills: this included many towers (the remaining ones on the Ripafratta side are called Niccolai and Centìno) and a gate-tower over the main road (that survived until World War II).

Between 1162 and 1164 the fortress grew in size and became a real castle. At about this same time, further walls were buildt to protect the village that represented the ancient core of the modern Ripafratta. Nowadays we can only see poor remains of these walls, and the houses of the village which were closer to the fortress have since disappeared. 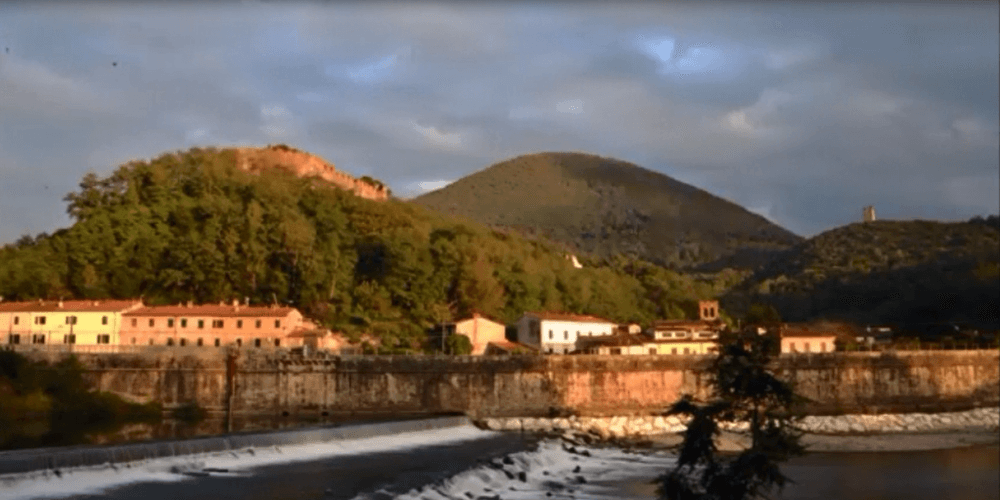 The conflicts between the two city-states of Pisa and Lucca involved Ripafratta more and more as the centuries passed. The castle was often the subject of sieges, raids, deals, or taken as a prize of war. After the war between Florence and Pisa that ended in 1254 with the defeat of the latter, the Fortress was given to Florence as spoil of war. Furthermore, the Da Ripafratta had to sadly witness their fortress being given back to the city of Lucca, who was allied with Florence. On September 24th 1261 the Republic of Pisa declared war on Lucca again and took the fortress back; once in their hands, they doubled the number of soldiers inside the building, in order to keep it safe.

The 1314 recapture by Pisa was another very famous moment in the history of the fortress: Ripafratta was back in Lucca’s hands, but Pisa's army, led by notorious leader Uggione della Faggiola, reconquered the fortress for Pisa - along with many others castles - in a spectacular cavalcade. 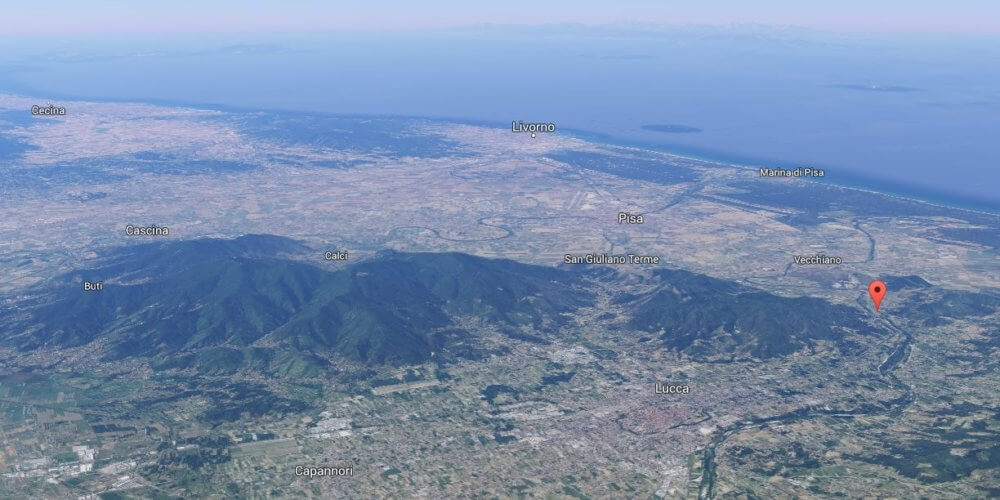 The castle was disputed between Lucca and Pisa throughout the centuries before eventually ending - like the rest of Tuscany (with the exception of Lucca) - in the hands of Florence, who unified the whole region under its dominion.

With the introduction of gunpowder, the Florentine leaders, the Medici family, thoroughly renovated the castle in order to have a new structure, ready for the demands of modern warfare. So in the late XV century the great military architect Antonio da Sangallo, perhaps in collaboration with Leonardo da Vinci, developed a plan for the renovation and adaptation of the fortress of Ripafratta. The medieval towers inside the walls, and the walls themselves, were reduced in height, and deep structural modifications were started (such as the scarp walls and the counterpoised firing positions meant to defend the only entrance to the castle). 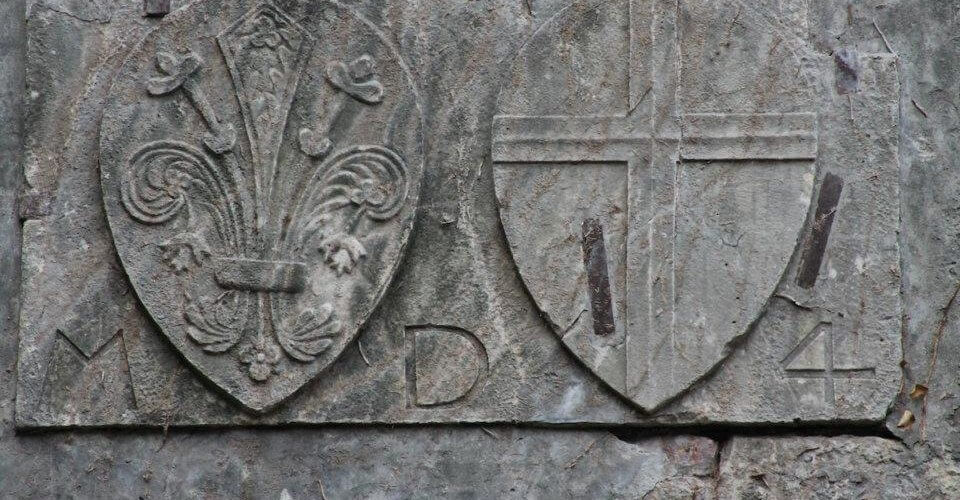 With the changing of the political situation in Tuscany and thanks to the peace imposed by the dominion of Florence on the whole region, the fortress gradually lost its importance. Throughout the previous centuries, its duty was to overlook a border that didn’t need attention anymore: Lucca was the only independent state left in Tuscany, but its dimensions were no concern for the powerful Grand Duchy of Tuscany installed by the Medici in the region. So, in XVII century the castle of Ripafratta was abandoned.

On 1628 it was given by the Grand Duke to a private citizen “ad uso d’orto con piantarci de’ frutti e viti” (lit. “to be used as an orchard for fruits and grapevines”); on 1845 it was bought by the Roncioni, a local noble family that has been the owner until 2021.

During the following years the condition of the fortress deteriorated more and more. However, its charm grew: it was visited by foreign romantic intellectuals, architects and poets, especially during the XIX century (even Mary and Percy Bysshe Shelley spent a long time in Pisa and San Giuliano Terme, and both of them wrote  about Ripafratta).

Up until the years following World War II, the castle was used as an orchard. Then the vegetation grew and the fortress began to disappear from the landscape.

The castle regained its visibility and fame thanks to a campaign of archaeological excavations that started in the 1980s and lasted until the 1990s; this brought the long forgotten underlying structures back to life, helping archaeologists to understand the way of life of its previous inhabitants and the initial architecture of the whole site. The excavations, however, ended because of security problems and the fortress was once again forgotten. Until now. 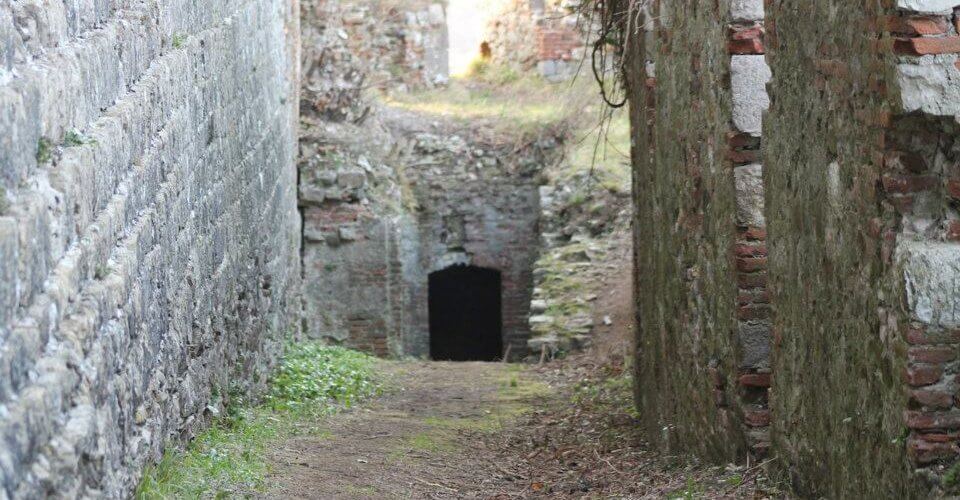 Nowadays, the historical site is owned by the municipality of San Giuliano Terme, that bought it from the Roncioni family in 2021, after yers of public pressure from the local "Salviamo La Rocca" ("Let's Save the Fortress") organization. The Rocca is now submerged in vegetation and in real need for structural safety and conservation interventions. The archaeological evidences that emerged during the excavations have been damaged by environmental events and invasive vegetation. 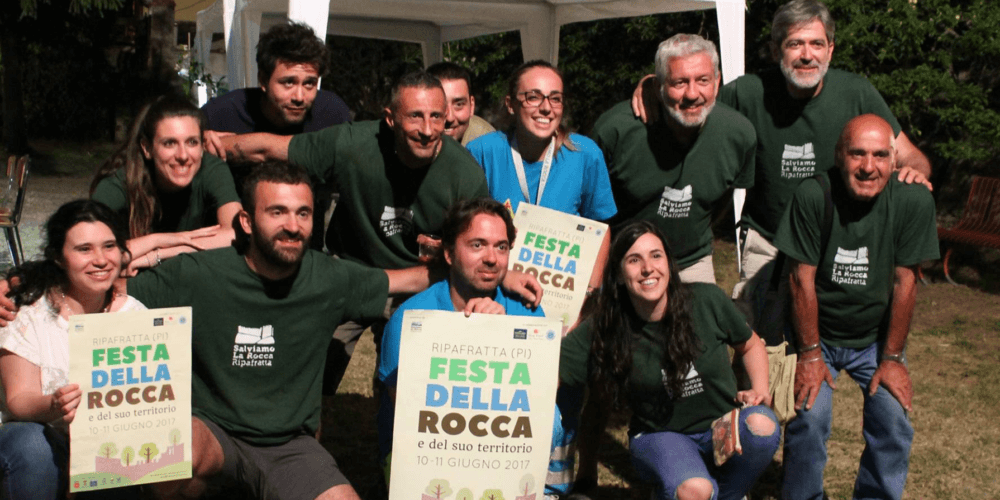 “Let’s save Ripafratta” ("Salviamo La Rocca") movement was founded as a nonprofit organization in 2012 by the citizens of Ripafratta.

The association, that now has over 200 members, promotes the restoration of the fortress and acts in collaboration with local and regional institutions, the University of Pisa, private citizens and sponsors. It organizes meetings, visits and excursions to get visitors to know the Fortress, its towers and the other historical sites around Ripafratta. The central event of the year takes place on the second weekend of September: the "Festival of the Fortress and its territory", dedicated to local traditions, historical heritage, food and music, open-air sports, with guided tours all day long, walks, river rafting in the Serchio, orienteering activities, excursions in the Monte Pisano natural and historical sites.

To contact the association for guided tours, or just for information or to help the organization as a volunteer or a donor, please email info@salviamolarocca.it.

We use cookies on our website to give you the most relevant experience by remembering your preferences and repeat visits. By clicking “Accept All”, you consent to the use of ALL the cookies. However, you may visit "Cookie Settings" to provide a controlled consent.
Cookie SettingsAccept All
Manage consent

This website uses cookies to improve your experience while you navigate through the website. Out of these, the cookies that are categorized as necessary are stored on your browser as they are essential for the working of basic functionalities of the website. We also use third-party cookies that help us analyze and understand how you use this website. These cookies will be stored in your browser only with your consent. You also have the option to opt-out of these cookies. But opting out of some of these cookies may affect your browsing experience.
Necessary Sempre abilitato
Necessary cookies are absolutely essential for the website to function properly. These cookies ensure basic functionalities and security features of the website, anonymously.
Functional
Functional cookies help to perform certain functionalities like sharing the content of the website on social media platforms, collect feedbacks, and other third-party features.
Performance
Performance cookies are used to understand and analyze the key performance indexes of the website which helps in delivering a better user experience for the visitors.
Analytics
Analytical cookies are used to understand how visitors interact with the website. These cookies help provide information on metrics the number of visitors, bounce rate, traffic source, etc.
Advertisement
Advertisement cookies are used to provide visitors with relevant ads and marketing campaigns. These cookies track visitors across websites and collect information to provide customized ads.
Others
Other uncategorized cookies are those that are being analyzed and have not been classified into a category as yet.
ACCETTA E SALVA